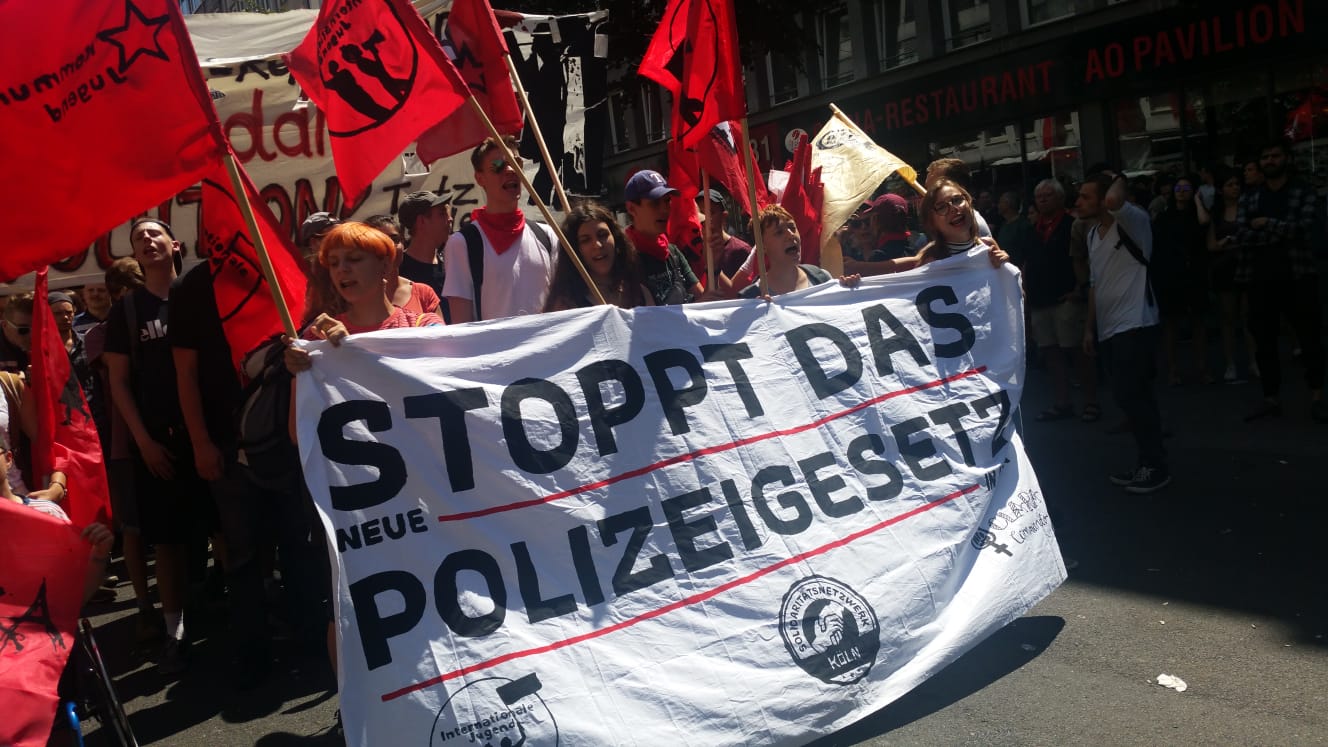 Starting with the passing of a new police law in Bavaria in March 2018, Germany witnesses a campaign orchestrated by the Ministers of Interior of both the Federal Republic and the respective federal states. Their purpose is to widen the police‘s competences and limit citizen‘s civil rights. Due to historical reasons the responsibility for the police laws lies within the states. Thus, we observe that all states except one (Thuringia) are currently preparing or have already passed a new police law. It is important to take into account that the distribution of seats between the different bourgeois parties differs from state to state as well as parties forming their governments. This shows that by no means the new law is a project of just a part of the bourgeoisie but one of the German ruling class as a whole. Although this project takes different shapes in the states and is more advanced in some states than in others – it shall soon be passed in Nordrhein-Westfalia, Lower Saxony, Saxony and Brandenburg – we can elaborate clear common tendencies of all the new police laws.

To analyze the political content of the new police laws in detail we would normally have to analyze 15 different laws or law proposals. Yet it is quite obvious that all the states follow a common example: The new police law in Bavaria. The Federal Republic‘s Minister of Interior, Horst Seehofer, also comes from this state.

We can roughly divide the content of the new laws into different aspects.

The first complex contains different measures to extend the surveillance of citizens. The police is enabled to install cameras in public places, the hacking of computers, smart- and cellphones is also legalized for the police.

The second complex can be summarized as arming the police. Most future-laws contain legalization of explosives and Taser for the police. These legal changes are flanked by more material measures: In different states the state buys fortified vehicles and even small tanks for the police. The fact that it is possible to shoot tear gas and other chemicals with it, clearly shows that ‘fighting terrorism‘ is not its true purpose.

The third complex consists of some preventive measures the police shall be allowed to take against persons, that have not yet committed crimes but the police thinks they will do. The legal phrasing says that police have to give ‘fact-based reasons‘ for the assumption that a certain person will commit a crime. Thus, the criteria clearly aim at ideology and social environment of suspected criminals. These preventive measures reach from mandatory reporting to a police station, residence ban, contact ban to certain persons, electronic tagging to preventive custody (different from pre-trial custody!). Not all of this measures are to be legalized in every state at once, and in some states their application is bound to alleged terrorists, in others they can be used against all sorts of ‘criminals‘ and in some states to break German assembly laws is explicitly mentioned as a possible reason for their usage.

The first to suffer under the new police laws as well as under the current state repression are migrants – especially refugees. They are the most common victims of racist police controls as well as of a growing number of fascist physical and psychological attacks. It is clear to the communists that Angela Merkel’s government did not let over a million refugees enter Germany out of the goodness of their hearts. The expanding German imperialism rather needs new workforce. Thus, to oppress and intimidate migrants is in its best interest in order to keep them willing to take even the worst paid and hardest jobs. In fact, of those against whom the new Bavarian police law was already applied, most are refugees. Currently eleven refugees are in preventive custody in Bavaria.

A special case within the repression against migrants is the growing repression against the Kurdish national movement and the revolutionary left of the Middle East. One should analyze its development much as subject of the German foreign policy and especially of German relations to Turkey. We could observe that the Kurdish movement had relatively broad freedom in Germany for some time, when German imperialism tried to put some pressure on Erdogan’s regime and even German bourgeois media showed a relatively positive approach towards the Rojava Revolution. Now that the course of German foreign policy changed we observe a quick change of that towards strong repression and even mass criminalization of showing YPG/YPJ’s signs.

Apart from this the revolutionary left of Germany lamentably gives little reason for the intensification of the police laws. The rates of leftist ‘political criminality’ even drop in most parts of the country. Thus, the conclusion at hand is that much of this legislative process aims not at the present but at the future.

On the one hand we have accumulating conditions for a new worldwide economic crisis. The obvious intensification of Turkey’s economic decline will not leave Germany unharmed. In fact measures to prevent a fast spread of the coming crisis are already discussed more or less openly in the bourgeois economic journals. Yet, different from the situation back in 2008, this time Germany has much fewer measures at hand to unload the crisis’ effects on other economically weaker countries within the European Union as for example Greece, Spain, Italy and Portugal. Therefore a fast decline of the living standard of the working class in Germany seems likely in the relative near future.

On the other hand the interior measures come hand in hand with a militarization of the German state’s foreign policy. Of course the intensification of political and military tensions between the different imperialist forces are well observed in Germany and it is quite clear that the relatively poorly armed and small German armed forces are not prepared for a possible great conflict or even a Third World War. Therefore the constant demands of the US president for Germany to drastically raise it’s military spendings are welcomed by most German politicians. Yet, in a shy and ashamed way, because still the broad majority of German populations generally rejects the German involvement in armed conflicts. This way a broad anti-war movement seems also possible in case of great war.

All in all both crisis and war are also to be analyzed as possibilities for the German revolutionary forces to overcome their relative isolation from the broad laboring masses. And make qualitative jumps in their development.

Resistance against the new police laws

As the bourgeois state sees the police laws as a preventive measure against coming possible uprisings and revolutionary movements, the communists have to understand the resistance against these laws as a immediate task which cannot be ignored.

Therefore it‘s good to see that the resistance in the states, most advanced in the process of legislation, was bigger and broader than expected by the organizing alliances. In Munich (Bavaria) up to 50.000 persons demonstrated against the nevertheless passed new law; in Düsseldorf (North Rhine-Westphalia) 20.000 and in Hanover (Lower Saxony) 15.000. It is possible to reach broad masses by raising one‘s voice against these new oppressive steps and the existing or developing alliances in the different German states are starting to coordinate and support one another.

Two upcoming opportunities to take the resistance to the streets on a German-wide level are the ‘Unteilbar‘(indivisible)-Demonstration on October 13th in Berlin and the protests against the Conference of Ministers of Interior (IMK) on 24th November in Magdeburg, where all main authorities responsible for the new laws come together. 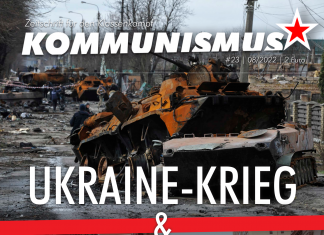